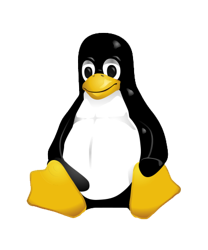 Here’s a $60 board and CPU combo that could be useful if you’re looking to build a low-powered home network server or web-surfing terminal.

I’ve been considering building a NAS box for use at home for some time. In the past, I ran an old Celeron 300A system with FreeNAS which was did pretty well with power consumption, but it definitely wasn’t “fast”. So, I’ve been on the lookout for something with a bit more processing power that’s also easy on the wallet as far as monthly electrical consumption. 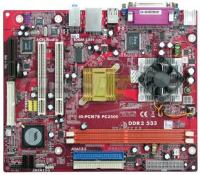 So, when I heard about this $60 motherboard and Via C7 combination, I had to check it out. The Via C7 runs at 1.5GHz and while it isn’t designed to compete with the other power-house processors on the market, it sips power at a rate that would barely register with one of those. One source I found rated the C7 at around 22 watts which definitely fits my desires for low power consumption and heat dissipation.

Anyway, the board was originally part of the $200 Linux machine from Everex, which was targeted to run a customized Ubuntu Linux distro to provide web surfing and access to the Google Apps (gmail, spreadsheet, etc.) So, we know it’ll run Linux just fine, but if you are so inclined, you can also burden it with Windows XP or 98 — just not Vista. The custom Linux OS called gOS is downloadable or you could choose to install a standard distribution.

I figure that popping this into a micro-ATX case with some good, quiet fans around the hard drives, and you’ve got a nice small NAS box that will also serve-up videos and other stuff that you’d expect from a full-featured server. The 1.5GHz C7 should have adequate oomph for serving many streams/files/printers simultaneously. Not bad for a $60 foundation.

Now, if only I could find one of those cool hard-drive centric cases with the drive trays (like they use to build the pre-made NAS boxes), which will also hold a micro-ATX board, and I’m set!

Get more info on the TC2502 Linux board. Thanks to Make for posting this.